October 5th 2015 – On a whim, and perhaps out of a mix of boredom and curiosity, Oakland artists Nite Owl and Eddie Colla loaded up their car and drove 10 hours to the “International Car Forest of the Last Church” in Goldfield Nevada. The International Car Forest of the Last Church is a hallowed earthen automobile graveyard, with over 40 cars, trucks and buses. The installation was the brainchild of collaborators, Chad Sorg and Michael “Mark” Rippie. Rippie began the art project back in 2002, with the dream of owning the Guinness Book of World Records title for “most cars planted vertically in the ground.
Arriving well after dark, to avoid the heat, Colla And Nite Owl got to work quickly aided only by head lamps and an incredible view of the Milky Way. For Colla it was just another perfect spot for his post apocalyptic portraits. A place straight out of science fiction, where the world had seemingly already ended. For Nite Owl it was just another excuse to leave Oakland and throw up a few more of his iconic owls. It was a night of giant spiders, animals no one could idenitfy and beef jerky. After about 8 hours of being underdressed in unusually cold weather and stumbling around a place that seemed a fitting spot for a cult murder, the sun came up. It was time to grab a few photos and get the fuck out of Goldfield.
About Eddie Colla: Eddie Colla is an interdisciplinary artist and designer based in Oakland,CA. After graduating from California College of the Arts in 1991, he went on to pursue a successful career as a commercial photographer and photojournalist for the New York Times before turning his focus to his personal studio and street art practice.
About Nite Owl: Nite Owl is a prolific Oakland-based artist who considers owls to be his medium of choice — whether they appear in his large, colorful murals, stickers on news boxes, or fine art paintings on gallery walls. Preferring to paint over found objects. Often lifting discarded furniture and construction debris from curbs “I truly like the fact that my work will help keep another item out of a landfill,” said the artist. He relishes giving old objects new life.
About Goldfield Nevada: Goldfield is a semi-abandoned ghost town with a resident population of 268 at the 2010 census. It is located in Nevada along U.S. Route 95.
Gold was discovered at Goldfield in 1902, its year of inception. Goldfield was a boomtown in the first decade of the 20th century due to the discovery of gold. This Gold production caused Goldfield to grow rapidly, and it soon became the largest town in the state with about 20,000 people. Much of the town was destroyed by a fire in 1923, although several buildings survived and remain today, notably the Goldfield Hotel, the Consolidated Mines Building and the schoolhouse. Wyatt and Virgil Earp came to Goldfield in 1904. Virgil was hired as a Goldfield deputy sheriff in January 1905. In April, he contracted pneumonia and, after six months of illness, he died on October 18, 1905. Wyatt Earp left Goldfield shortly afterward.
Media Contact: eddie@eddiecolla.com 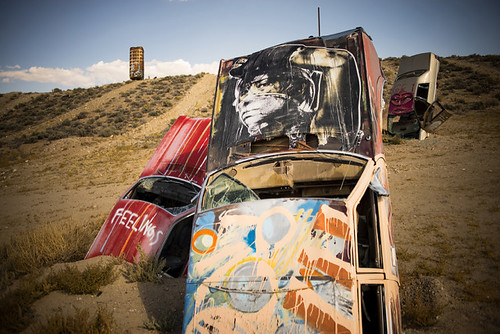 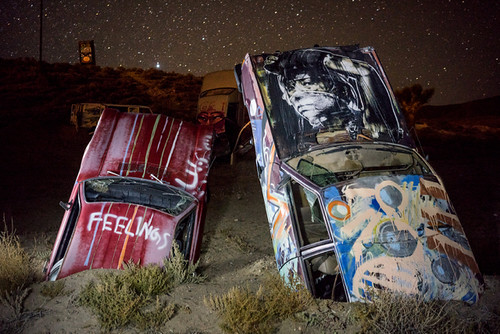 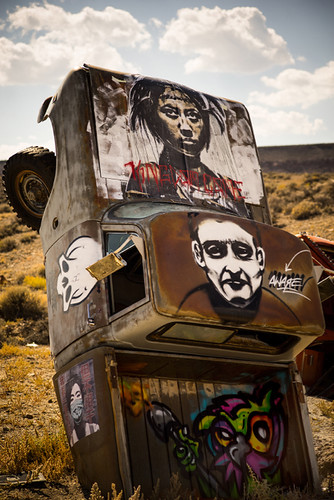 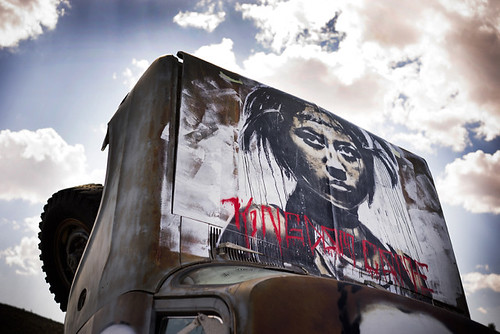 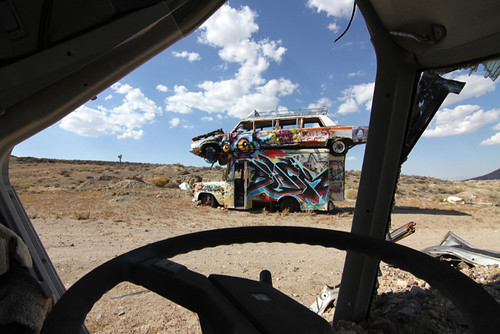 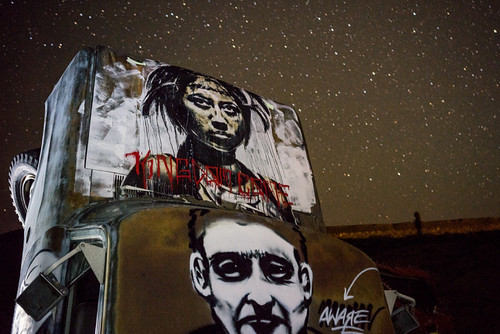 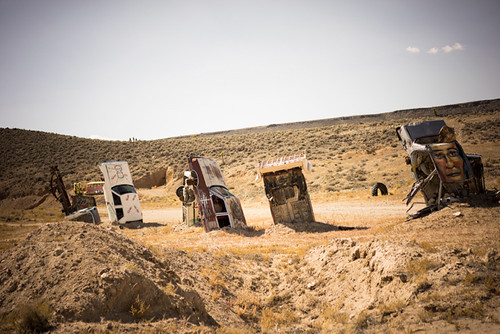 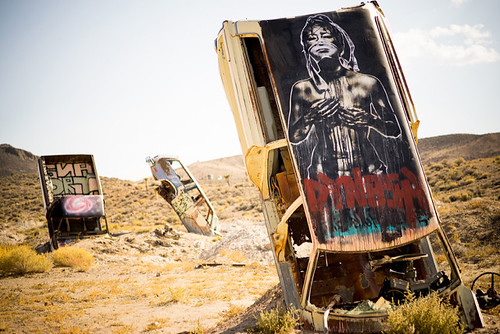 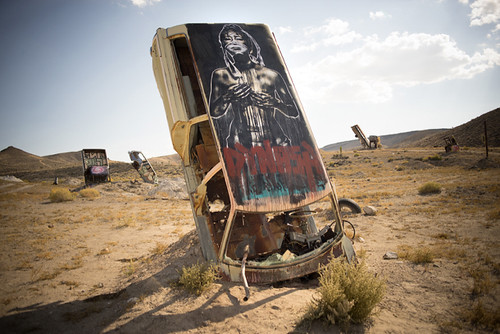 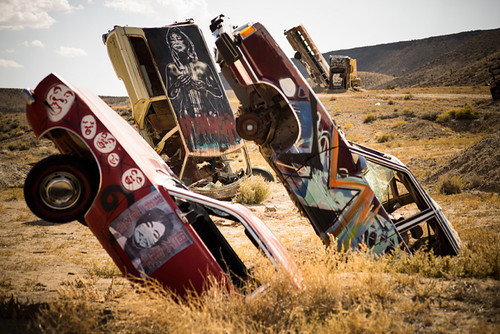 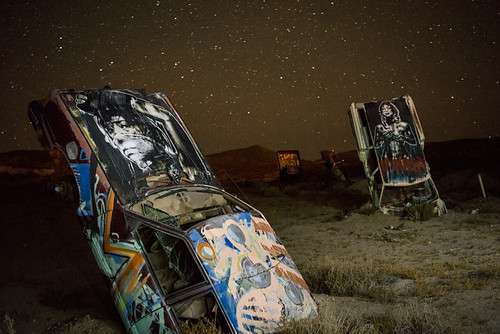 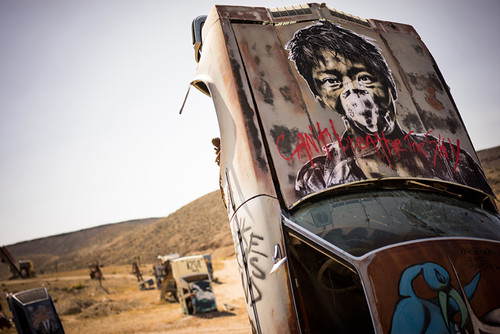 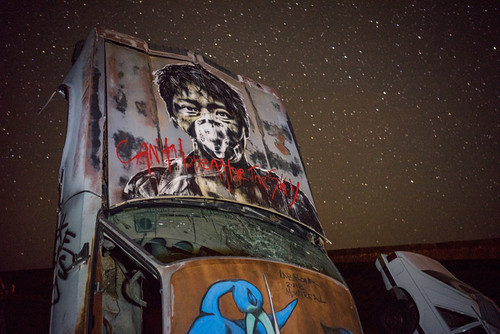 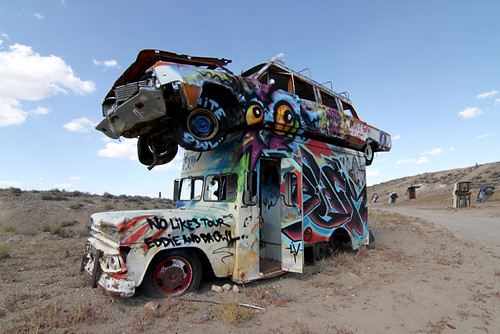 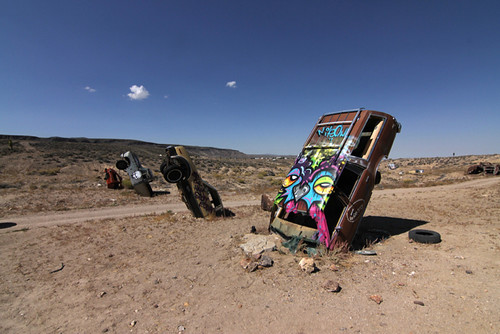 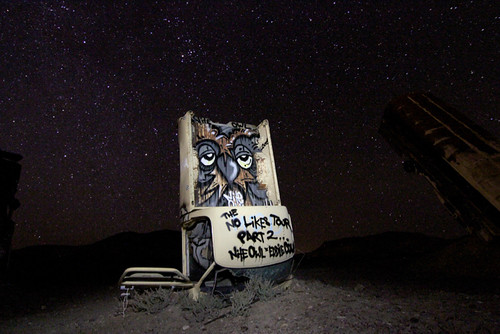 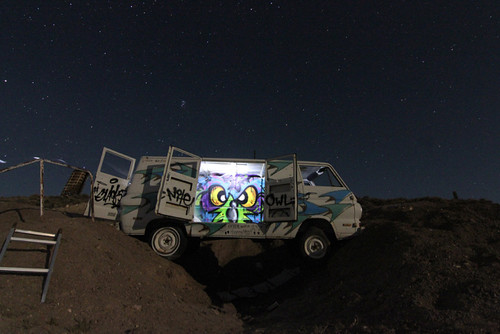 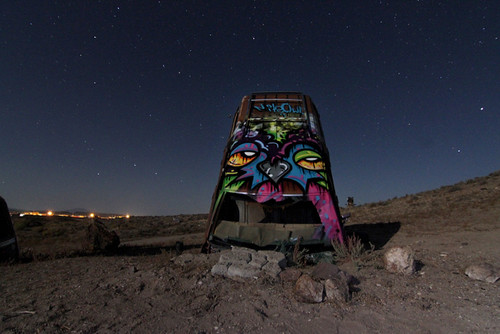 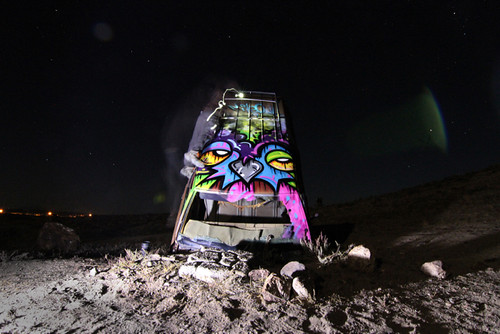 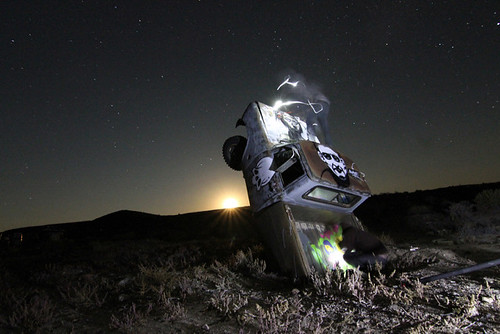