It’s only just February, so maybe it’s a little early to start shouting about the show of the year, but if it’s not, it’s still gonna be top 3! The opening night of Phlegm’s first ever solo show; The Bestiary at Howard Griffin Gallery, Shoreditch High Street on Saturday 1st February was something special.
Ignoring the 100+ strong queue snaking along the High Street’s pavement.
Ignoring the army of artists in attendance, as intrigued by the wonders on the walls as the rest of the punters; Stik, Run, Citizen Kane, Aida, Obit, 616, Christian Nagel, John Dolan and no doubt many other anonymous faces.
What was special about Phlegm’s was the co-existence of both quality and quantity of work on show by the Sheffield artist.
Typically, Phlegm’s outdoor work is on a large scale, so

A bestiary was an illustrated compendium of animals, half real and half imagined, setting out the natural history of each beast within and its moral significance.

It was this busy all night…. so I went back when it was a bit quieter
Click here for gallery 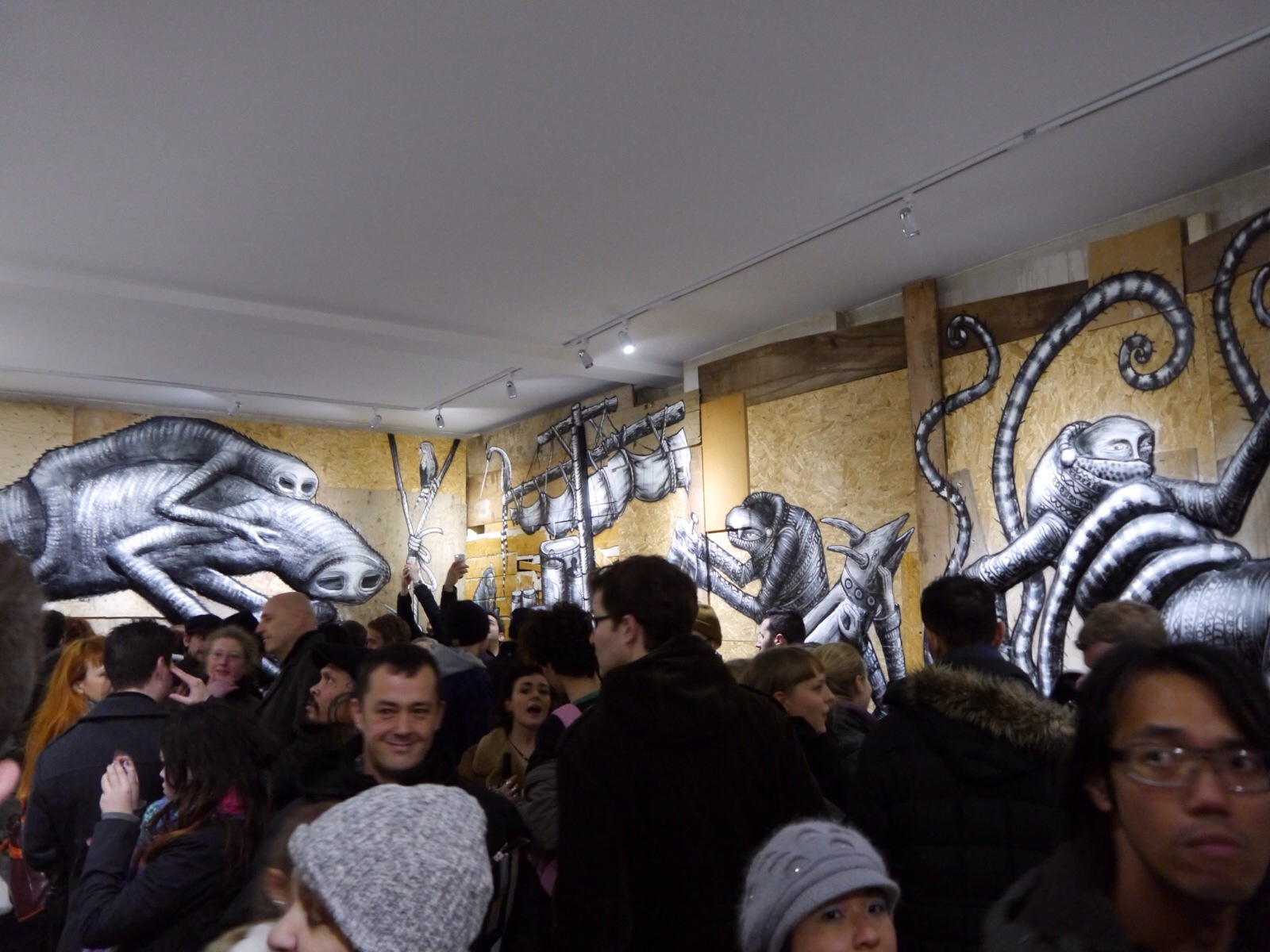