Big names in the UK and International scene joined in to turn a pink-buffed tunnel into a Guinness World Record length mural. Sadly, I had to jump ship early and head back to the coast before many of the pieces were complete, but here’s a selection of my faves from the day as I saw them.

Artista’s piece in her inimitable style, featuring her latest character – Toast! I was also lucky enough to get 2 pieces of toast of my very own! – SEE HERE 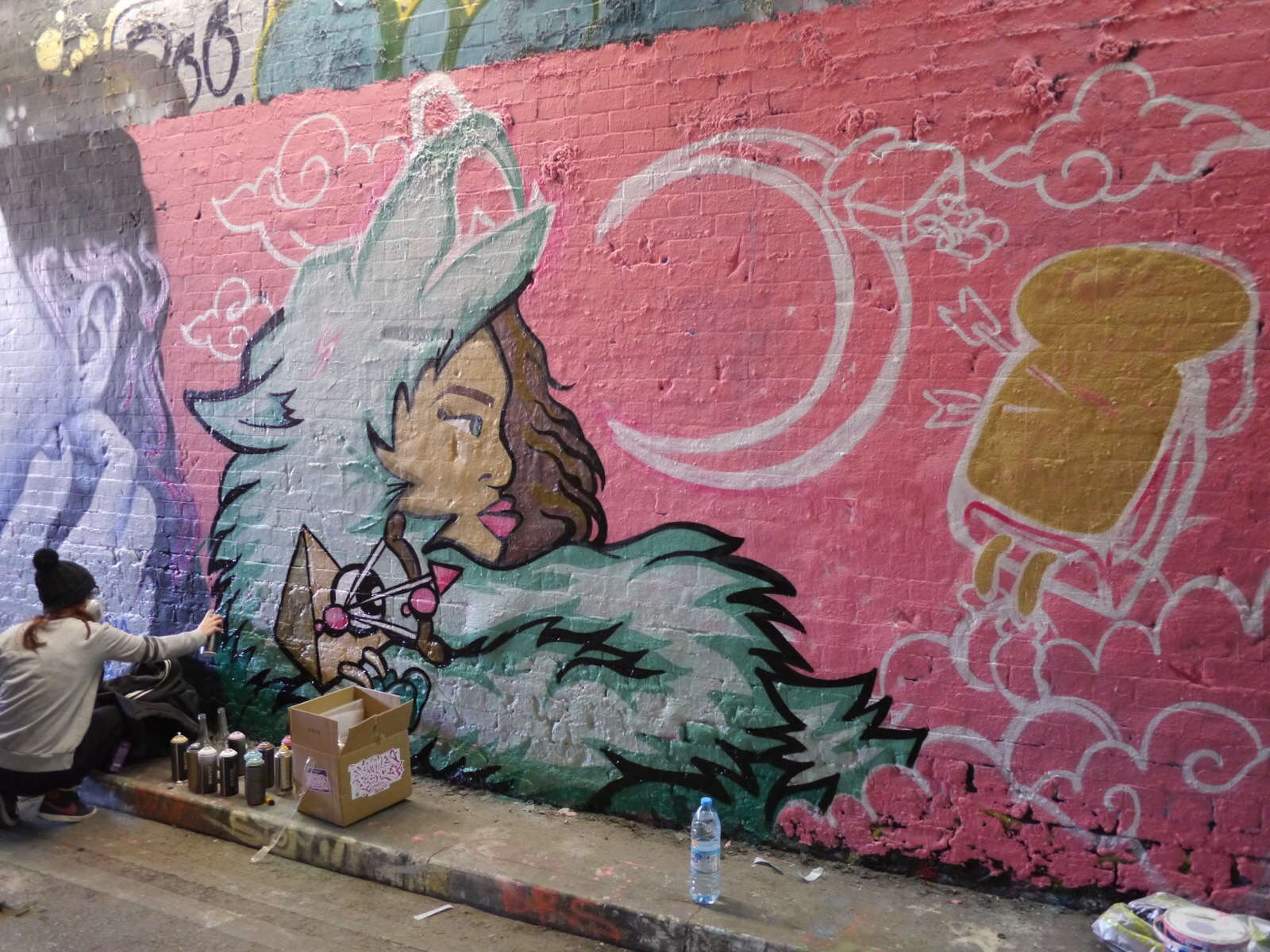 I’m almost embarrassed to say I’d never seen the writing or work of Motel Seven before Femme Fierce, considering she’s down with 40HK crew, and that she’s downright brilliant with a can. She filled a few small gaps on the tunnel walls with her fun, cute characters, as well as showing her skills with her massive, immaculate piece. 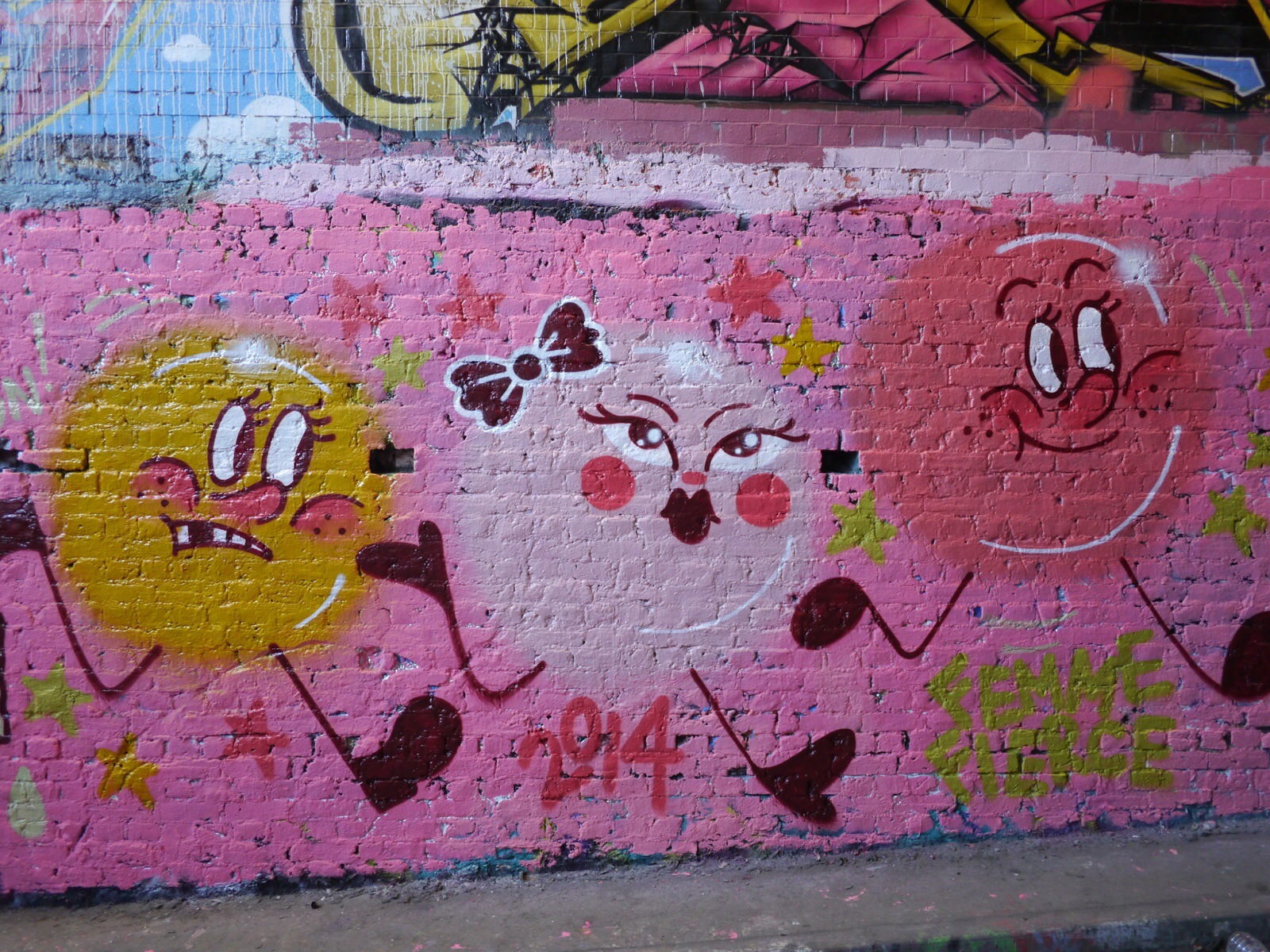 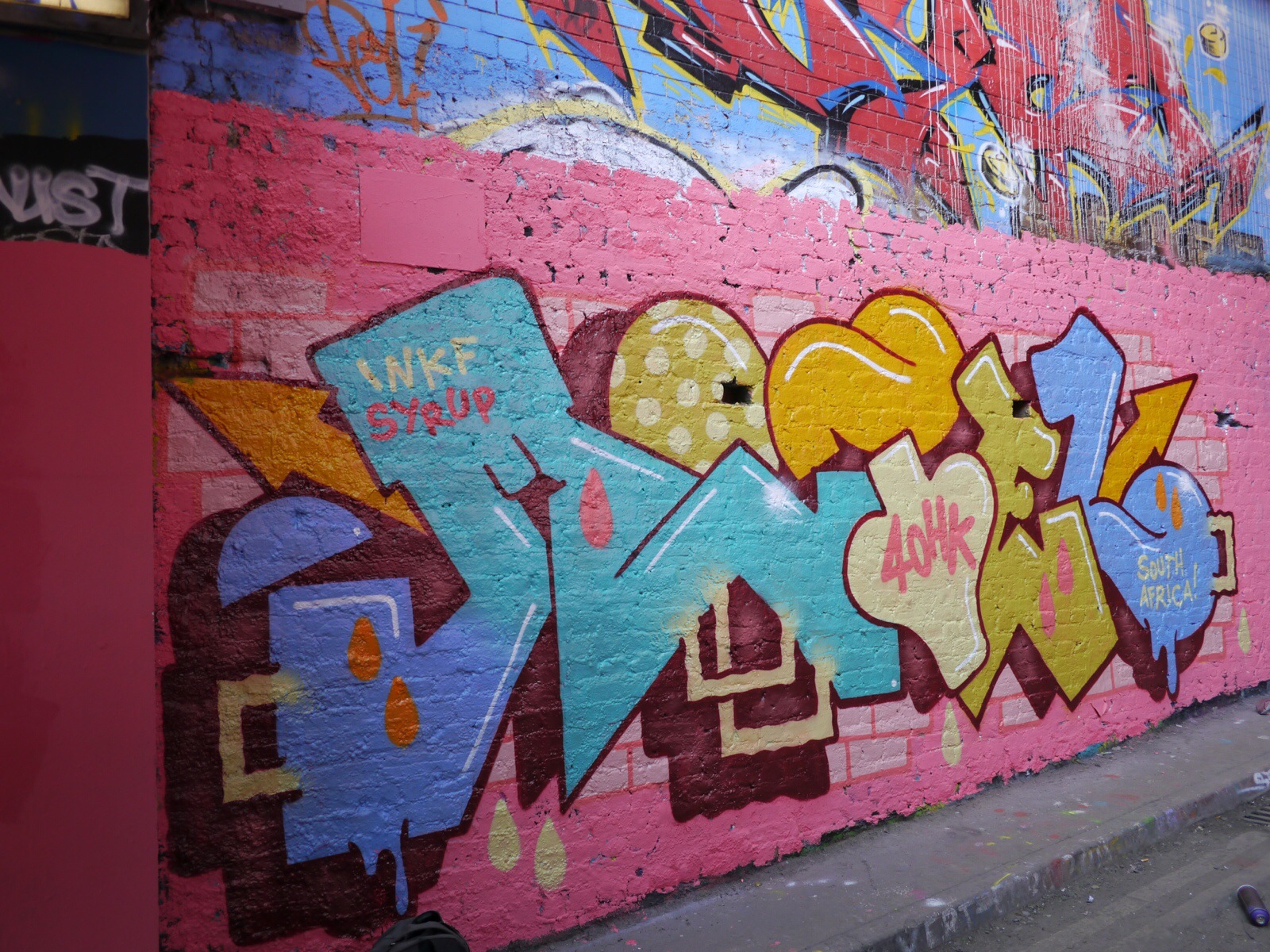 The ever awesome Hannah Adamaszek standing in front of one of her beautiful ladies. 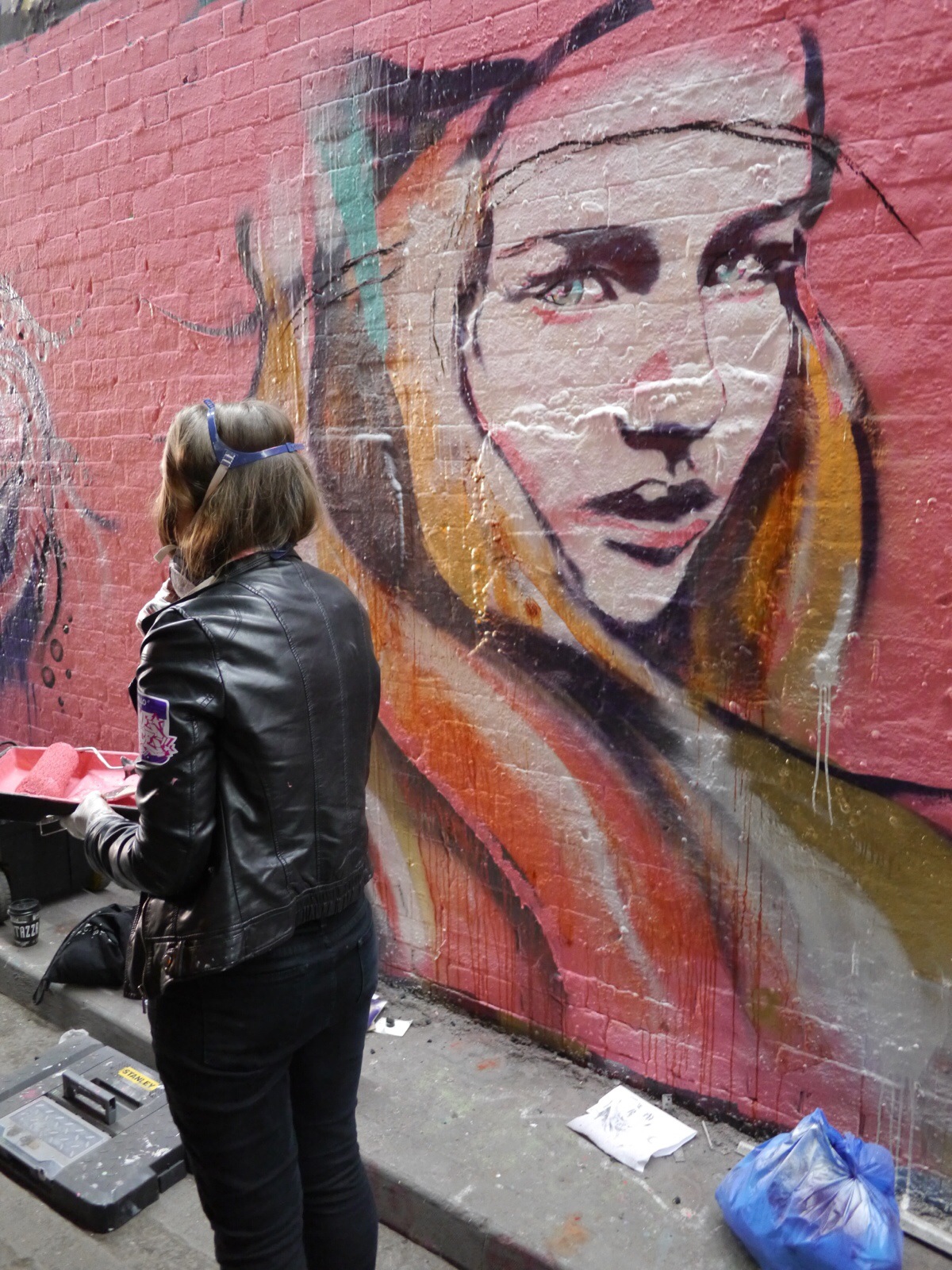 Another new name for me was Roo, definitely one of the most popular pieces of the day amongst the visitors, and for regular street art blogger Bablu!! 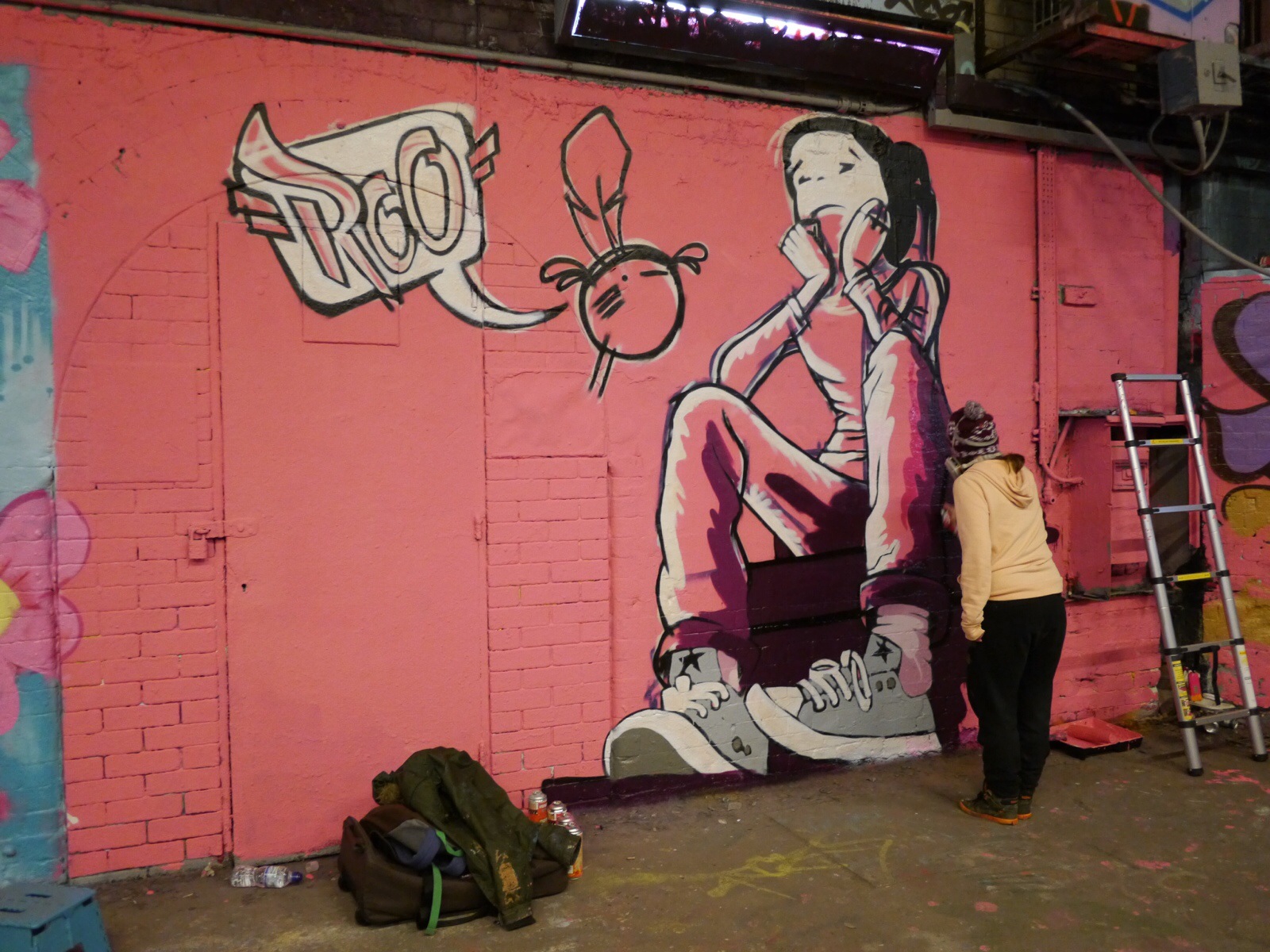 The unmistakable stylings of Boxhead. 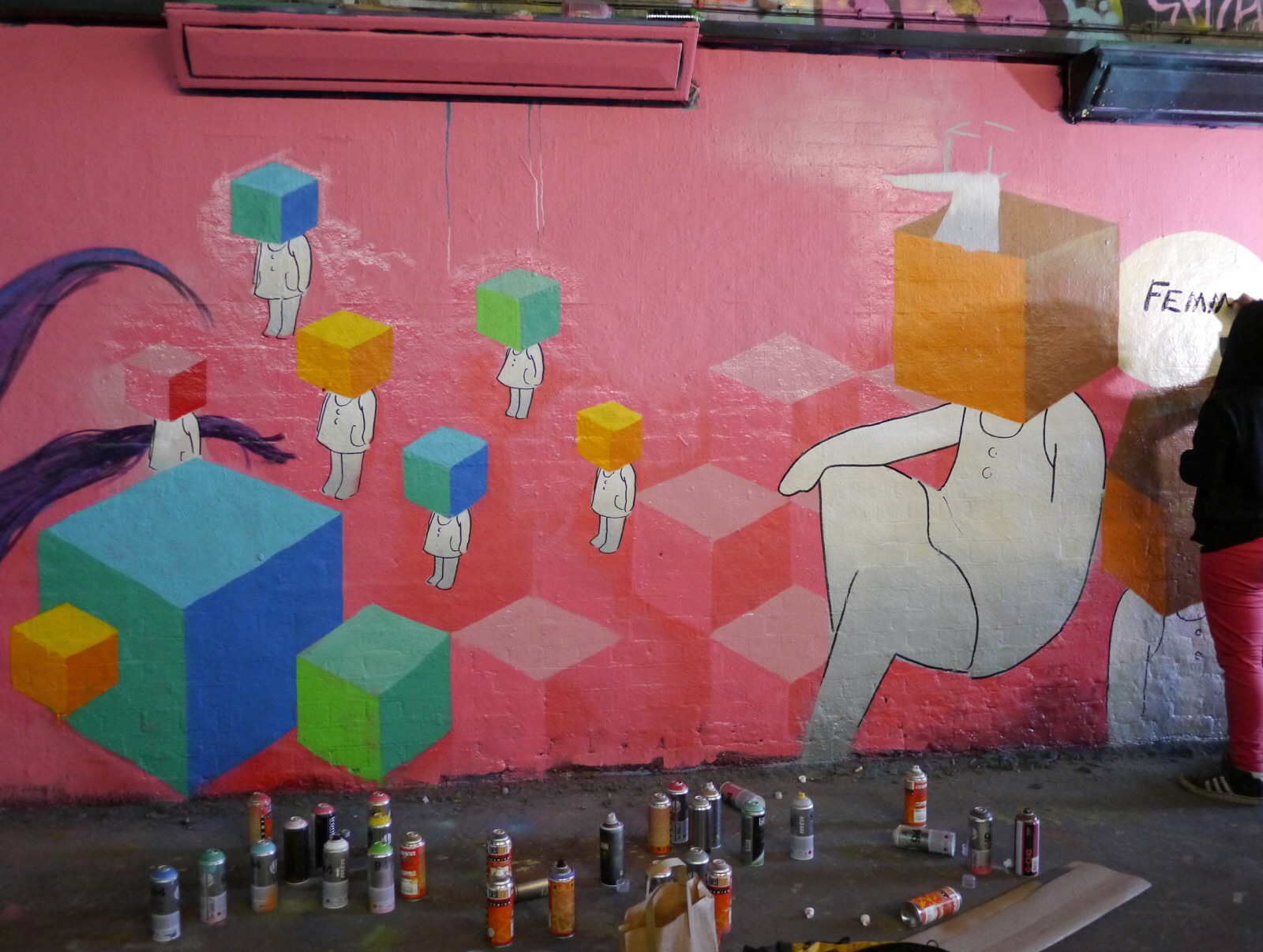 A major shock was to see Saki & Bitches in an all girl line-up – that’s right folks, S&B is most certainly a lady! I had a chat to her, and my assumption is not a rare thing – most people assume from the name and the content that her art is from the mind of a guy with a boob fetish! It’s partly due to this that she was painting at FF; to come out and be proud of being a female street artist (despite paint not being her usual medium). 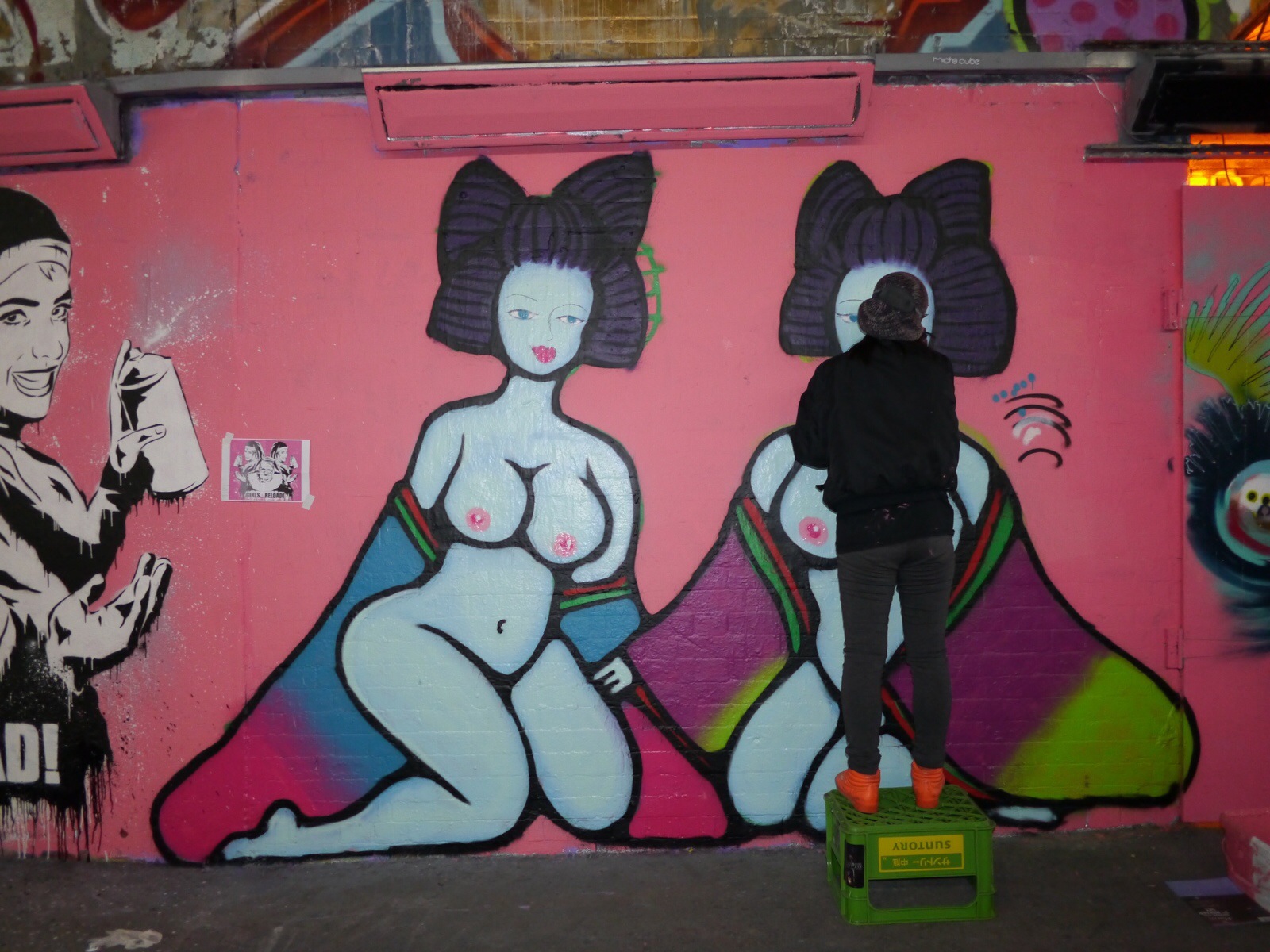 Another big name in attendance, and regular Artista collaborator was swedish street artist Amara Por Dios, who produced one of the brightest, wall poppingest pieces of the day! 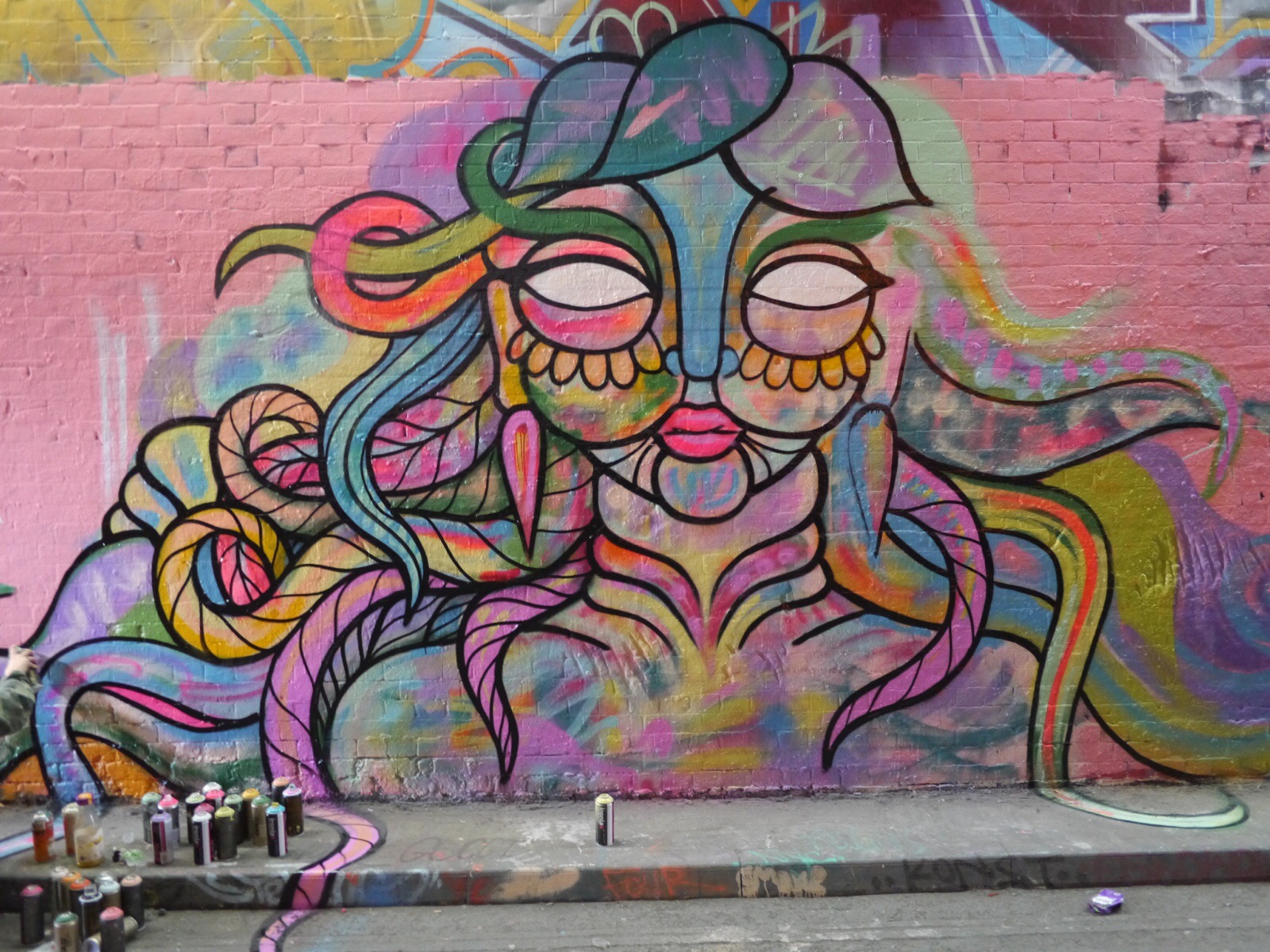 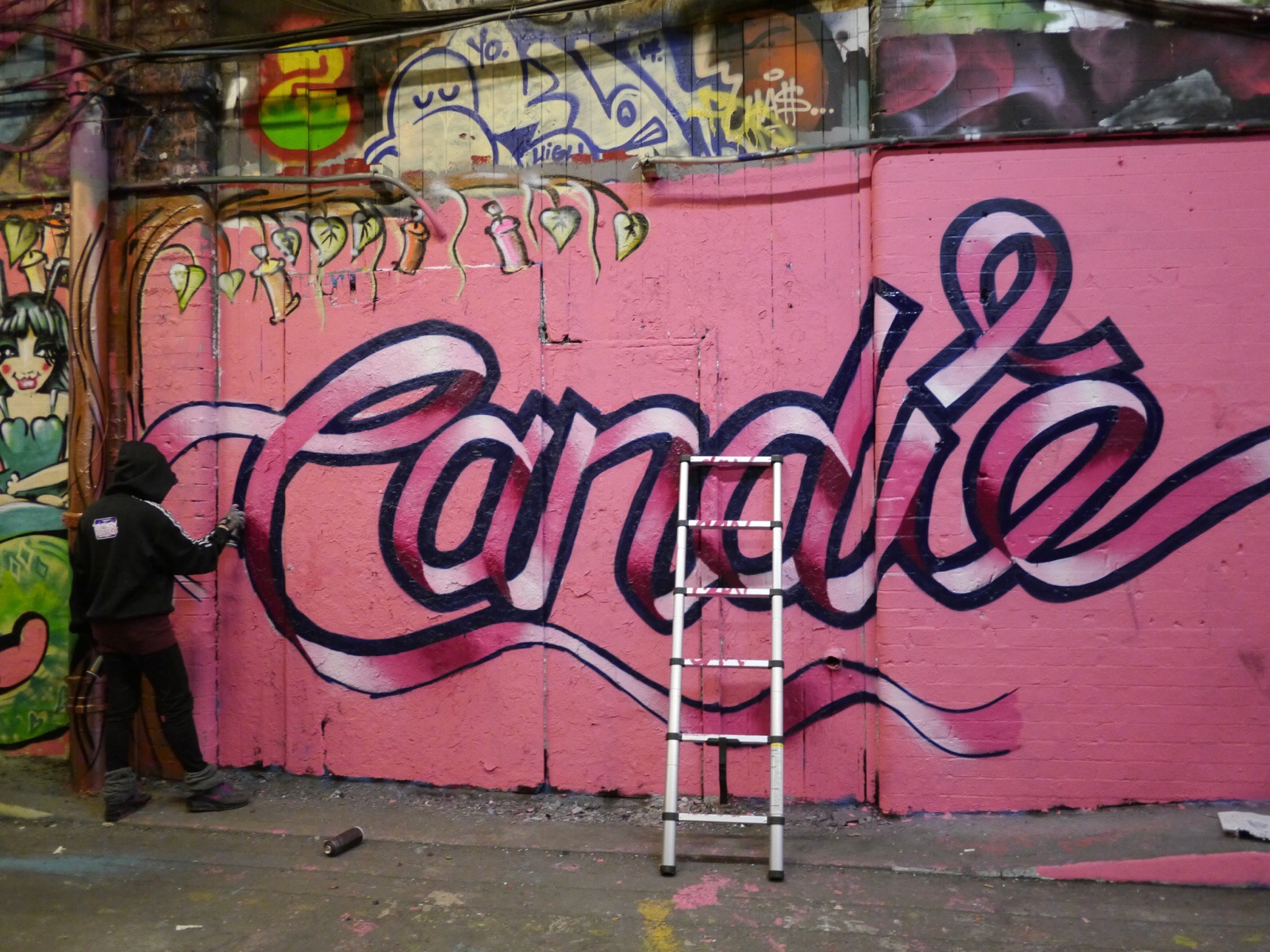 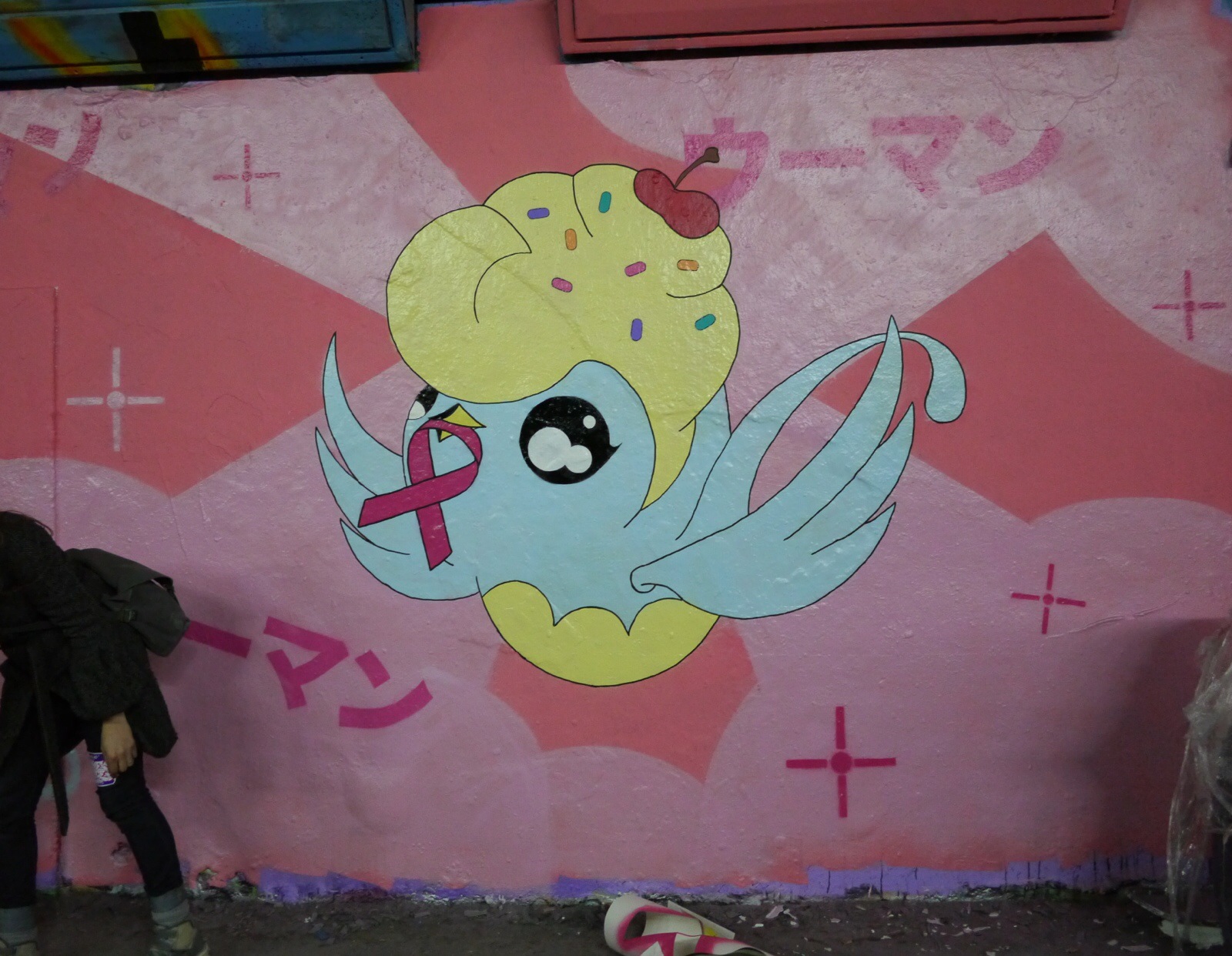 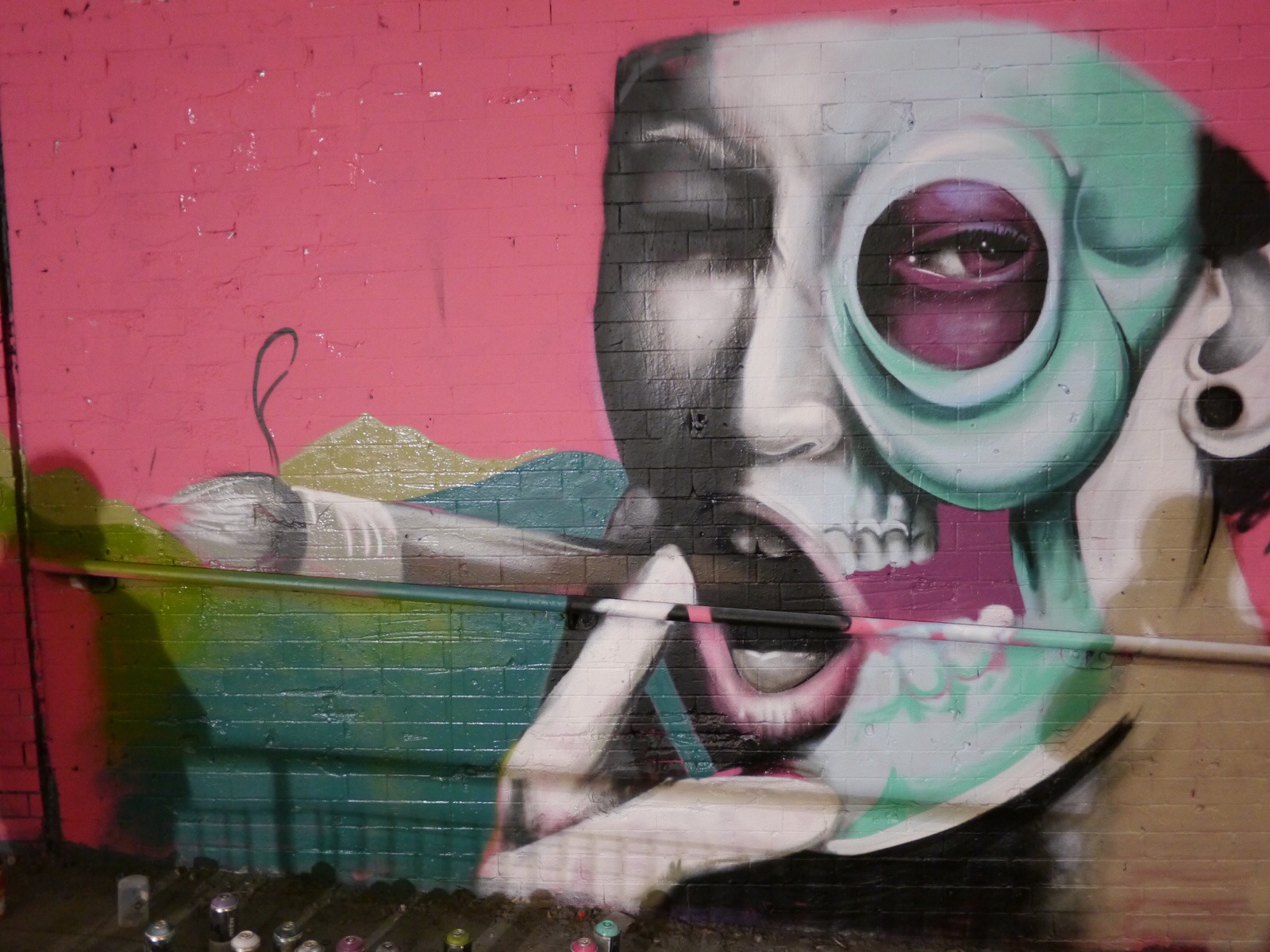